Public lands – preserving their wonders, anyway – is my passion, but with all the political difficulties and human tragedies that crowd the headlines, is public lands a reasonable place to focus life energy and precious time? The Parkland, Florida, shooting victims were laid to rest. New immigration enforcement separates families, and the threat of nuclear war is higher than at any time since the Cold War. Arctic sea ice reached record lows this January, and species extinction now occurs at record highs. The Utah Legislature won’t pass laws to prevent early deaths and health problems caused by polluted air. The world’s oceans are drowning in plastics. The problems loom large, the challenges easily overwhelm, and it’s hard to see how to make a difference. Nationwide, Giving USA reports that only 3% of a record-breaking $390 billion total in charitable giving went to Animals/Environment, so there’s not exactly a tidal wave of resources devoted to conservation work, let alone the subset of public lands preservation. Nonetheless, from my work at Torrey House Press where we promote conservation through literature to my board service at Utah Sierra Club and Wild Utah Project, fighting to protect public lands from privatization and development is where most of my time and energy goes. Will it help?

I’m fortunate to divide my time between Holladay and Torrey, Utah, and from either one, I can get to a hiking trail within minutes. Whether I’m in the hip-high wildflowers of the Wasatch Mountains in July or taking in the soul-searing beauty of redrock against a blue October sky, the public lands in Utah are a blessing I’m grateful for every day. But the more time I’m out, the more I understand the threats first hand. In late January, my spouse, Mark Bailey, and I took our new little pop-up camper the San Rafael Swell, hoping to spend the night at the campground near the river. But somebody’s cows were having their way with the place, so we moved on, annoyed at both the pollution of a public campground and the decimation of the native bunch grasses that should have painted the landscape in muted grays and browns of winter in the desert. 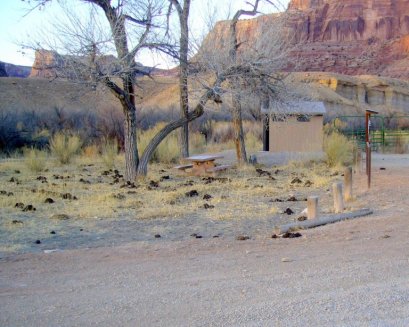 Months earlier, while exploring the canyons and mesas of the original Bears Ears National Monument, I peered out over the now-unprotected landscape scattered, we now know thanks to a New York Times lawsuit and investigation, with parcels considered for oil and gas exploration.

The extraction interests, who control Utah’s government at every level and who now have the Department of the Interior at their service, threaten the wildlife dependent on upland aspen stands, wide-open sage steppe lands, wetlands of all kinds, not to mention the invaluable cultural wonders left by the area’s earlier residents over several thousand years and preserved thanks to the West’s sparkling aridity. Folks have been fighting the threats for decades before I joined their ranks, and though contributions to Animal/Environment groups increased by 7.2% in 2016, conservation groups share a tiny slice of the country’s charitable giving even while the environment is taking an enormous hit with the White House announcing new roll-backs in protections almost weekly and Utah’s politicians finding ever new ways to try to turn over control of public lands to the states and private interests.

But there’s this. While states east of the hundredth meridian are almost completely privately held, with many ecosystems and species either wiped out or inaccessible, two-thirds of lands in Utah are still federally managed, owned by all Americans and held in trust for the entire planet. As Utah Sierra Club Organizer and my sister board member at Wild Utah Project Carly Ferro put it recently, “There’s still so much we can still protect in Utah.” We have mountains, redrock canyons, and the wide-open spaces of the Great Basin right here available to everyone to explore, understand, love, and, yes, protect.

From The Earth Studio

An Indigenous Perspective from the Rim, River & Road